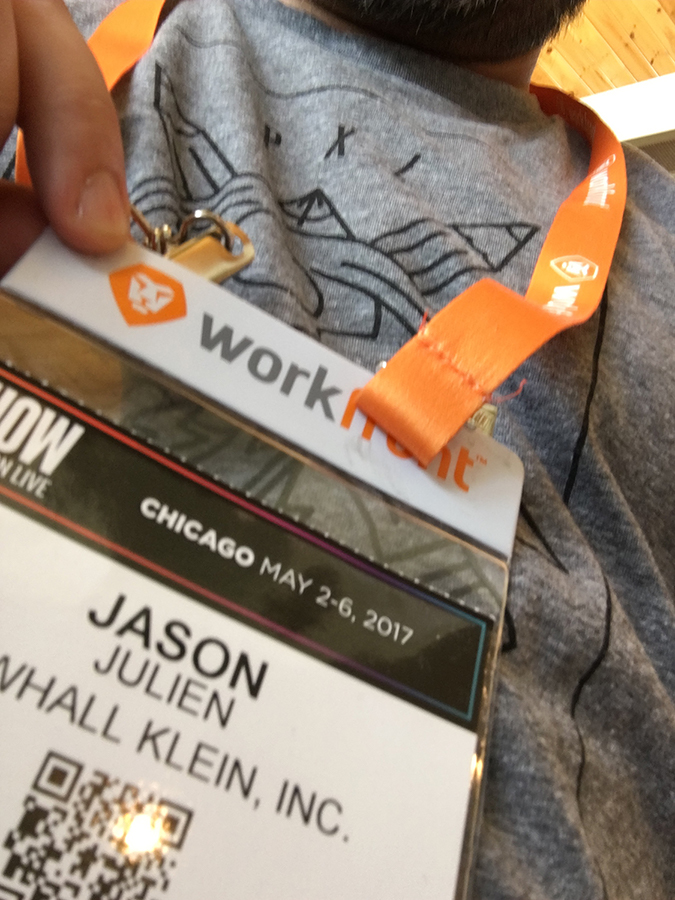 I was fortunate to be sent by NK to the 2017 HOW Design Live conference in Chicago this year which took place on May 2 – 6.

The conference was at the Hyatt Regency on E. Wacker which is in a great part of the city, right on the river and a quick walk from the lake. The location was perfect, the speakers were great and it was an overall fabulous experience. It was one of those experiences that I wish everyone, especially my design friends, could experience and I wish I could take it all and package it all up in a nice little box to share. Like anything we experience, being there is better than anything we could say about it, but I’ll do my best to share a bit of what happened to hopefully give you a little taste of my time at HOW.

It’s All About the Swag!

If you’ve been to a conference before then you know that they love to load you up with stuff. Bags and bags and bags of stuff. Walking onto the exhibit floor at HOW this year I initially thought to myself that I wasn’t going to collect anything. And then I saw the swag. Three bags later I finally stopped myself. I now have a collection of t-shirts, stickers, sketch books, paper samples, coasters, posters ... the list goes on. But I did exercise some restraint and left a couple things behind. Somewhere in Chicago there is a hotel maid with a super fancy, design-heavy oversized calendar. You’re welcome my friend, and thank you for the tightly tucked sheets, I almost had to call for turn-down service. 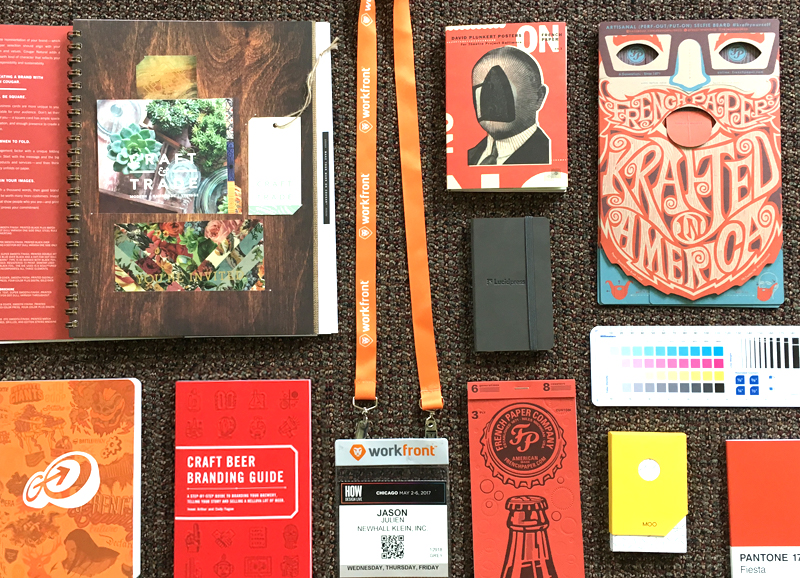 The Dieline Awards had an impressive display of winning designs at the show this year. There was a great variety of designs but the overwhelming aesthetic was minimalistic in nature. Restraint in the use of color was also prominently featured. Here are a few shots I took of some of the winning designs. You can view the full list of winners here.

What Happens at Design Fight Club

There was an amazing “unofficial” HOW event called Pixels of Fury which was an absolute blast. It was hosted in a warehouse turned night club in an edgy part of town. Several hundred designers packed the club and cheered on as three designers squared off in a live design battle. All three designers were on stage at their own workstations with huge screens behind them projecting their desktop screens. They were given a design challenge and then did a live design-off before the throngs of peers gathered cheering and jeering while a DJ got the crowd pumping and jumping. Watch the video below, but don’t tell anybody you saw it. 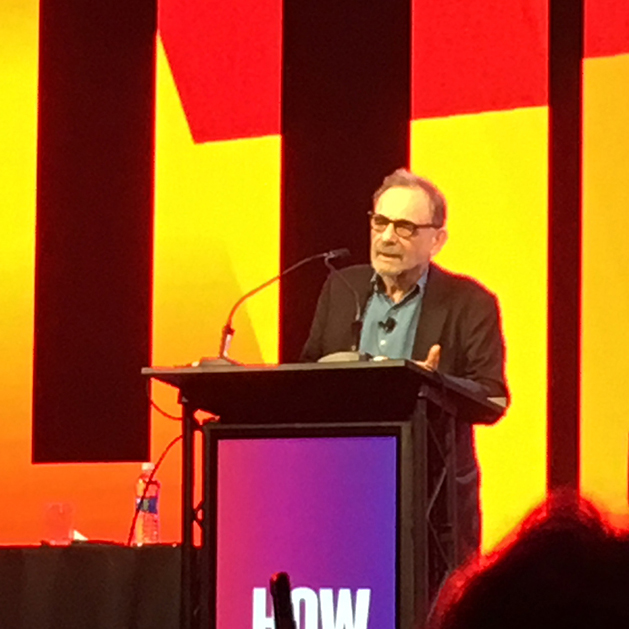 I know right?! You can’t see a statement like that and not read on for more. Seymour Chwast is regarded as a true design legend boasting a career that has spanned more than 60 years. He is credited with starting the design firm, Pushpin Studios in 1954 with Milton Glaser, another design legend in his own right. Mr. Chwast took the audience on a journey through his illustration work that commented on the topics of religion, war and his favorite of the three, sex. It was inspirational to hear from someone who really helped shape modern American graphic design and the main ballroom was packed because ... well, Seymour and of course, sex sells.

There were so many nuggets of wisdom shared at the conference from many different speakers that caused pause and inspired me. Here are just a few:

“I thought Ariana Grande was a font?”

“The desire of managers to speed up creativity is the single biggest killer of creativity.”
“Work to create the time and space for creativity. Do not chop it off.”
- Malcolm Gladwell

“David Turner [of famous visual design agency Turner Duckworth] asked some designers the question, ‘Why did you become a designer?’ Here is one great reply:
‘I thought it would be safer than being an artist. Boy, was I wrong.’ “
- Debbie Millman

“If we love the work, people will love it back.”
- Bruce Duckworth

“The most powerful design solutions cannot be obtained via a system of linear thinking (e.g. process).”
- Natasha Jen

Wrapping it Up – The Only Difference

One thing I noticed while at the conference is that designers are a funky bunch. The range of design styles represented by attendees was extremely diverse and ran the gamut from clean and corporate to wild and wacky. This was reflected in everything from the style of clothing and hair to shoes and beards. I saw everything including nerdy, quirky, fancy, plain, bold, extreme, straightforward, hipster, hippy, loud, proud and anything else you could imagine. In many areas of life, these differences would be the focus and would be what is used to set us all apart. However, with designers, these were the things that united us. We all are living and working to make an impact in our own unique little way. So even though we look different and may have different design styles we are all trying to make the world a better place.